I was shock and extremely sorrow today when I read on the news the sad passing of Monique Ribeiro, a 45 years old woman who died of a heart attack in a tube station in London....over a month ago, and the Police is still trying hard to find her relatives....what? No friends? No family? Where was she working? Who was she living with? Does nobody knows whom her family or emergency contact is? What about her phone? Couldn't the Police call all of her contacts and find out her relatives? This is terribly sad and unfortunately not uncommon, to live in a big city like London with over 8 million people and yet, you die alone and your body awaits in a mortuary for someone to claim it. Poor Monique....I am so sorry 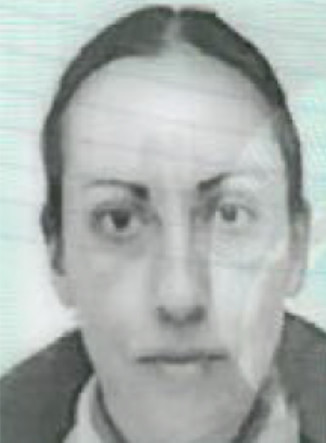 The passing of Monique Ribeiro is very sad indeed, bless her and may she rest in peace. I truly hope that the Police find her family soon, and that she is given the goodbye with the love and attention that any person in this planet deserves. She died of a heart attack in the underground tube station of Ealing, West London, where I used to live for a few years while getting my degree at West London University. Strangely enough, on the news article that I read about her sudden death, her date of birth appeared, 19 November 1976, together with the date that she passed away, just before 7pm on 17 December 2021. Was her cruel destiny somehow written in the stars? Could the methods of Astrology have predicted that she will die suddenly of a heart attack, away from home and with nobody to claim her body?

With the utmost respect to Monique Ribeiro and her family and friends (whenever they are found) I decided to perform an Astrological case study and raise her Astral Chart together with the moment of her death, and see if there were any indicators at the moment of her birth that could have predicted her sad passing. On this other article of mine: Is Astrology real? Can it predict my future? I seek to understand whether there is any veracity in Astrological interpretations and its methodology at all, and I thought that a study of the sad passing of Monique Ribeiro could help in this matter. Of course, if any family or friends feel offended by this article and its links to Astrology, please do let me know (my e-mail address is on the about page of this blog) and I'll remove this page

We don't know the time or place when she was born, and for the sake of simplicity I've selected the city of Lisbon as her birthplace, but without knowing the time of birth, the actual birthplace doesn't make any difference at all, and in her Astral Chart we'll only analyse the position of the planets. Without knowing her Ascendant (the giver of life) of where the 8th house is (the house of death) and the planet ruler of that house, the predictions would be somehow vague, but still....we are talking about the moment of death, when the person's soul leaves the body forever, and that transformation of the karmic energy must somehow be reflected in the position of the planets, that is assuming that Astrology has any fundamental of truth, of course

We have arrived with an advantage to this astrological study, because we know that Monique Ribeiro sadly passed away of a heart attack, so we are bound to see any planets affecting the Sun (

), which in Astrology represents the heart, and indeed we see that in the moment of her birth the Sun was in conjunction to Mars (

), giving her an independent and assertive character, comfortable with taking risks and straight forward in her approach to live. This configuration also indicates potential problems with the heart, where Mars provides too much energy to that organ and intensify its palpitations. The opposition that Jupiter (

) provides to the conjunction Sun-Mars indicates that the person is prone to excess and that the heart may be slightly larger that its cavity, given the symbolism of Jupiter, that tends to expands things, and in this conflicting configuration (a 180 degree separation is a dissonant aspect) the expansion creates the tendency of excesses and perhaps of an 'obese' heart 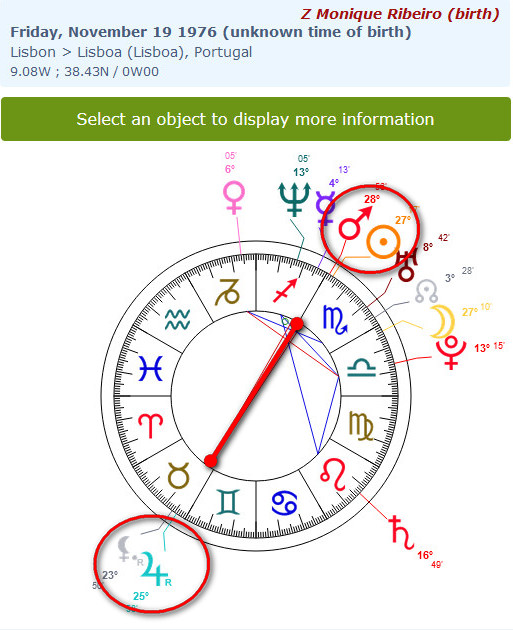 So yes, there are indicators of heart's problems in this chart, but then again we can argue that I knew exactly what I was looking for, bad aspects of the Sun. And anyway, could those heart problems be related to the death of the person? Some people have heart conditions all throughout their life and then they depart because of something else completely different. Without knowing the time and place of birth is impossible to know, but indeed there are indications of heart issues in Monique Ribeiro astral chart mostly due to excess of the individual and an intense energy that surround the heart as an organ

At the moment of her sad passing it is very noticeable a transit of Mars in conjunction to the conflicting aspect of Sun-Mars that she had in her chart when she was born, indicating that the energy of the natal conjunction is being awaken. Furthermore, Jupiter presents a square (90 degree angle, also dissonant) to both its natal Jupiter as well as the natal Sun-Mars conjunction, forming a T-Square shape that energise the whole natal opposition and bring it to live. It is a moment in her life where the configurations that were encoded in the Astral Chart of birth are manifested in the present moment. And yet, that shouldn't have been enough to indicate the moment of death, this 'malefic' T-Square configuration could also indicate a moment of hyper-activity from her part (the active transit of Mars over natal Mars) as well as a period of financial difficulties (the dissonant aspect of Jupiter over her natal Jupiter) 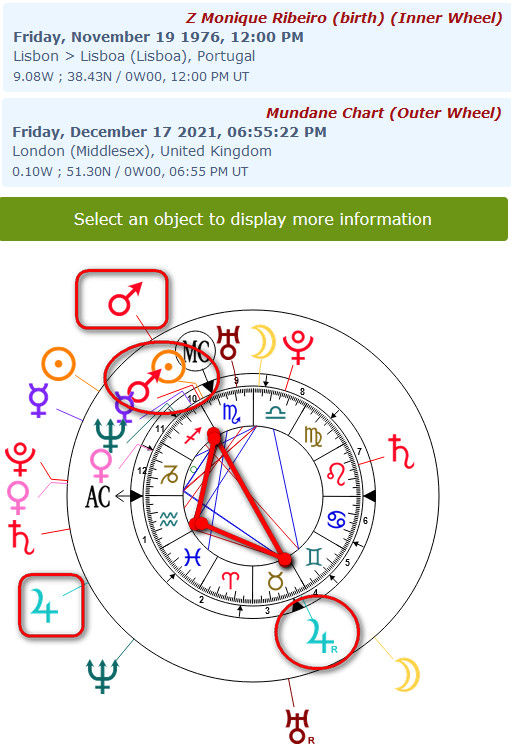 In summary, and in spite of the strong indicators of heart problems found in her Astral Chart at birth, there is inconclusive data that could validate at all the veracity of Astrology in this case. If we knew her time and place of birth the study could have been done in more detail and the results may have been different. She died in public, in a tube station in West London, and that condition of dying in public in Astrology is rule by the Moon (

), and given the fact that her family has not been found yet at the time of writing this article, there is an aspect of mystery and intrigue in relation to her death, and these conditions in Astrology are represented by the planet Neptune (

). It is very intriguing to note that the Moon was giving an opposition aspect to her natal Neptune during the moment of her death, and if we want to bring this aspect into the interpretation and make it a condition to her sad passing, it is very likely that her Ascendant was in the sign of Piscis (

) meaning that she was born between 11am and 1pm, but that we'll never know

For now, I just hope that her family and relatives are found soon

Note from the Police department: To assist officers with their enquiries, this image of Monique is now being released. Anyone who may have information about Monique is urgently asked to contact BTP by texting 61016 or calling 0800 40 50 40 quoting reference 537 of 17/12/21

For what I read in between the lines from the above note, poor Monique Ribeiro was incident 537 reported to the Police, late in the evening, of the day of her passing. May God bless her and may she rest in peace