I was absolutely shocked and heartbroken when I heard the news about a young lady that was gunned down while celebrating her birthday, in Kilburn, North London. Such a horrible and tragic incident! First of all I would like to express my deep condolences from the very, very bottom of my heart to all her family and friends

She was shot in the heart in the early hours of Saturday morning, while celebrating her 24th birthday, which I supposed was the day before, the night of 23rd of August. According to Police reports "she was on the wrong place at the wrong time". How is it possible that a birthday celebration could end up in such a tragedy? What absurd joke is it? A woman full of life....what was the destiny planning on Sabrina? Why this have to happen???!??

We are going to judge the destiny and one of its puppets, Astrology, and find out if there are any indications in the Astral Chart of Sabrina that could pinpoint to a violent, young and sudden dead. We all have to pass away, but sometimes... it is so unreal, painful and unfair! I'm creating this page in celebration of her life, for her not to be forgotten. If anyone, friends or family, feel offended by this page and its links to Astrology, please do let me know (my e-mail address is on the about page of this blog) and I'll remove this page

Thank you, and may God bless Sabrina and take good care of Sabrina on the beyond 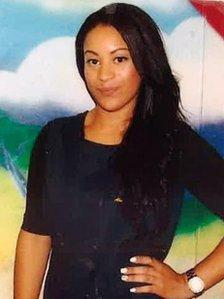 This is the astral configuration of when Sabrina was born. I do not know the time of birth therefore her Ascendant is unknown (we should ignore all the houses on the radix, the astrological image below), but the position of the planets should give us a pretty good indication of a possible death in young-hood 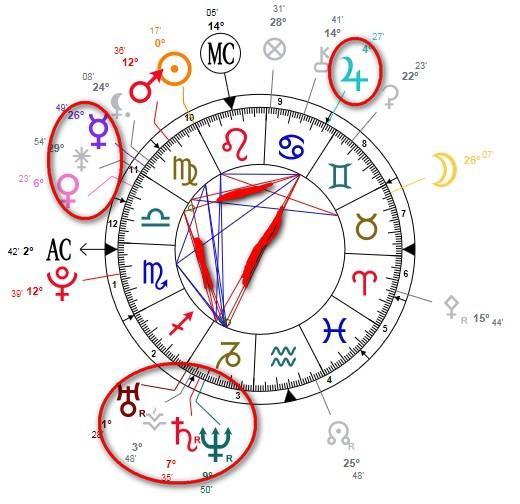 In Astrology, there has to be always more than one (1+) indicator before we stated a 'fact' reflected on the Astral Chart

The Sun, giver of life, presents a 90 degrees to the Moon, something a bit worried but not particularly malefic, indicating a conflicting family life. However, what is really worry is the T-Square configuration, a malefic stellar composition that forms the opposition between Jupiter (the great benefactor of the zodiac) to the triple conjunction Uranus-Saturn-Neptune, all of them forming 90 degrees to the conjunction of Mercury and Venus

Saturn symbolises bad luck, and during her birth it was forming a 180 degrees angle with Jupiter and 90 degrees with Venus, what in Astrology is known as an opposition and square. Saturn is therefore very bad positioned and in a condition called "afflicted", diminishing the individual portions of good luck, or at least having the power of doing so at some point during her life. Uranus, the planet of the accidents and of the sudden, appears in conjunction with Saturn, receiving a bad aspect (square, a 90 degrees angle) from Mercury, the planet which symbolises young-hood

The sky the date of the event

The moment of the shooting, in London at 04:15 am on 24th August 2013, there was on the sky the most malefic configuration that can possible exists in Astrology: a Grand Cross or Cruz Cosmica, formed by the opposition Moon-Uranus versus Venus and by the opposition Pluto versus Jupiter. This Grand Cross greatly affects the individual in particular, as it resembles the T-Square configuration that she had when she was born, with Venus, Jupiter and Uranus bad aspecting one another. These 3 planets where in bad aspects the day of her birth, and so they were too the date of the event, but if this energy signature enough to produce the tragedy? 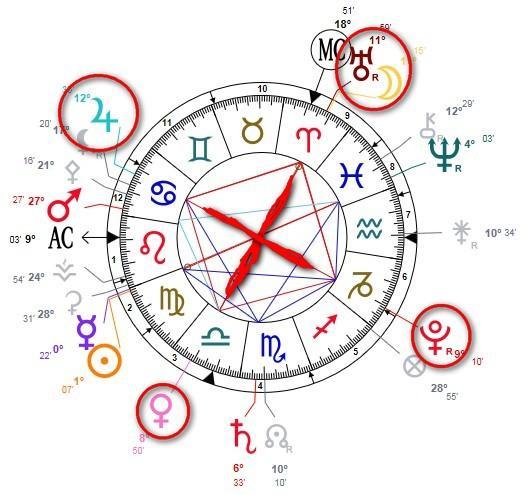 The Grand Cross in the sky during the moment of the event means that, for everyone in the planet, the luck in the sky was obscure by the affliction of both Venus and Jupiter (smaller and greater benefactors of the zodiac) together with the disruptive energies of planets that Astrology labels as malefics like Uranus and Pluto. Strangely enough, Saturn, the great malefic by antonomasia, was receiving good aspects from two angles of the Grand Cross (Jupiter-Pluto), indicating that, though the times were unfortunate, it could have been much worse. Notice as well the opposition Sun-Neptune, being Neptune (planet of mystery) in the 8 house or the house of the death. The conjunction Moon-Uranus makes this particular moment very volatile and eruptive with violence emotions and outburst or anger for everyone

This "energy", if you like, was around the planet at that precise moment, but it only manifested in those individuals where it finds a 'map' in their Astral Chart. Was this Grand Cross in the night of the event someone embedded in Sabrina Moss birthday? What link did it have with her birth planetary positions?

Mapping both Astral birth Chart and the date of the event, we can see that sadly the tragedy was somehow reflected on the stars, on the planets to be more precise

In the radix below we see a representation in the inner wheel of the planetary positions at the time of birth (marked with squared red boxes), while the outer wheel represent the planet's position at the moment of the tragedy (marked with round red boxes). We can observe how the Grand Cross maps perfectly to the T-Square configuration that Sabrina had on the day she was born 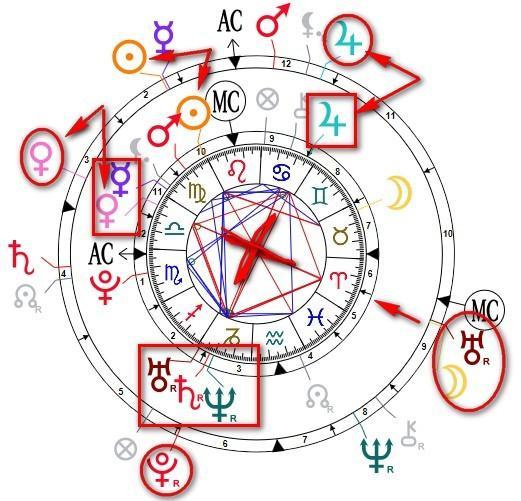 Being her birthday, the Suns are naturally in conjunction, but so are their Venus and Jupiter, both of them greatly affected by the Grand Cross and diminishing and reducing to zero the luck of the individual

Furthermore, Pluto, on its transit for the Uranus-Saturn-Neptune conjunction, is making this particular period of her life very tense, transformational and conflictive. The Moon, in exact conjunction to the badly aspected Uranus, unfolded the sudden, tragic event under the treater of the sign where the Moon is, which is actually Aries, the primal sign representation for violence

For an event to happen in the future of a person, and if you are a believer of Astrology, that event must have been codified in the Astral Chart at the time of birth, and sadly for Sabrina Moss it was. The malefic T-Square at her birth was trigger 24 years later by the transit of Jupiter over itself, and the coincidence of Pluto transiting for the opposite side (affecting Saturn), and further more for the extra-coincidence of the transit of Venus over itself too. However, it was the exact conjunction of Moon-Uranus that triggered the Grand Cross and its cruelty random finger of energy over the individual, depraving her from her life at such young age and with such violence. May she Rest in Peace

You may argue that this article is completely bias, as I knew that Sabrina sadly died on that day, and so I was looking for in her Astral configuration indications that corroborate the cruel reality. Maybe I'm bias, yes, but if you really want to know how Astrology works, I recommend you to read my in-depth article Is Astrology real? Can it predict my future?

Thank you, and may God bless Sabrina Moss

Sabrina Moss: Vigil held for murdered nursery teacher at spot where she was gunned down https://www.mirror.co.uk/news/uk-news/sabrina-moss-vigil-held-murdered-2240316

Man, 22, to be charged with shooting a nursery teacher https://www.dailymail.co.uk/news/article-2405891/Sabrina-Moss-murder-Martell-Warren-22-charged-shooting-nursery-teacher.html